Warning: array_intersect(): Expected parameter 2 to be an array, null given in /home/customer/www/inspiringtalks.net/public_html/wp-content/plugins/page-or-post-clone/page-or-post-clone.php on line 123
 Alice Bows-Larkin: Climate change is real and we need to prepare for it.
Skip to content

Alice Bows-Larkin: Climate change is happening. Here's how we adapt

Share List
Imagine the hottest day you've ever experienced. Now imagine it's six, 10 or 12 degrees hotter. According to climate researcher Alice Bows-Larkin, that's the type of future in store for us if we don't significantly cut our greenhouse gas emissions now. She suggests that it's time we do things differently—a whole system change, in fact—and seriously consider trading economic growth for climate stability.

Second Growth: The Promise of Tropical Forest Regeneration in an Age of Deforestation

Climate Change: What Everyone Needs to Know

The Great Transition: Shifting from Fossil Fuels to Solar and Wind Energy 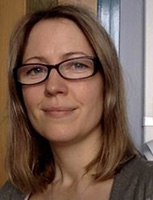