Warning: array_intersect(): Expected parameter 2 to be an array, null given in /home/customer/www/inspiringtalks.net/public_html/wp-content/plugins/page-or-post-clone/page-or-post-clone.php on line 123
 Donald Sadoway: The key to renewable energy | Best Inspiring Talks
Skip to content

Share List
What's the key to using alternative energy? Storage — so we can have power on tap even when the sun's not out and the wind's not blowing. In this, inspiring talk, Donald Sadoway takes to the blackboard to show us the future of large-scale batteries that store renewable energy. As he says: "We need to think big. We need to think cheap."

Second Growth: The Promise of Tropical Forest Regeneration in an Age of Deforestation

Climate Change: What Everyone Needs to Know

The Great Transition: Shifting from Fossil Fuels to Solar and Wind Energy 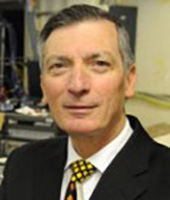 Donald was born in Toronto, Ontario, Canada on March 7, 1950. He completed all of his higher-education studies at the University of Toronto. He earned  his PhD in 1977. Although his studies were focused on Chemical Metallurgy, most of his recent research is on sustainable energy. Sadoway has focused on environmentally friendly ways to extract metals from their ores. He has also conducted research aimed at producing more efficient batteries. His intention with this research is to reduce carbon pollution output due to industrial activity. He invented a solid polymer electrolyte and a low cost molten salt battery. This invention led to the creation of a company called Ambri. The intended purpose of this company is to commercialize this kind of battery.  He is currently a Professor of Materials Chemistry at the Massachusetts Institute of Technology. In 2012, he was named one of Time magazine’s “Top 100 Most Influential People in the World."  He continues to be recognized by the media, and science and technology organizations for his outstanding work on improved batteries.