Share List
In sub-Saharan Africa, HIV infections are more prevalent and doctors scarcer than anywhere else in the world. With a lack of medical professionals, Mitchell Besser enlisted the help of his patients to create mothers2mothers — an extraordinary network of HIV-positive women whose support for each other is changing and saving lives.

Anticancer: A New Way of Life 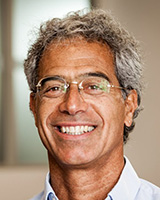 Mitchel Besser became interested in medicine very early in life. In 1971, as an American Field Service exchange student in Cape Town, South Africa, he became aware of the privileges of white society under the apartheid period. Then in 1974, he witnessed the hard life of Africa’s black population when he worked at mission hospitals. Mitch then got his medical degree from Harvard, specializing in obstetrics and gynecology. His experience in Africa compelled him to help people in need. He also got a Clinical Pastoral Education which helped him conduct his next charity work by serving Mexican women. Later on he began getting interested in HIV/AIDS, just after the passing of a longtime friend who worked for an obstetrics clinic for pregnant women living with HIV/AIDS. Mitch took over the work of his friend and ended up returning to Africa to help women living with HIV. He then founded mothers2mothers, which is a support organization that focuses on training mothers living with HIV to help other women with the same condition.